I’ve actually written about Le Marché in a blogpost before but looking back I don’t think I did it much justice. So I thought I would write about it again with actual photos that show a little bit of how beautiful this place actually is.

I came here to shoot with Terri and Janice for a giveaway for Terri’s student club, Her Campus SFU. And I swear every time I come here I fall a little more in love with it. It’s the perfect place for so many things. I love studying here, hanging out here, catching up here, and even shooting here. I’ve featured this place in a lookbook video and in several photos and yet I still want to come back again and again. 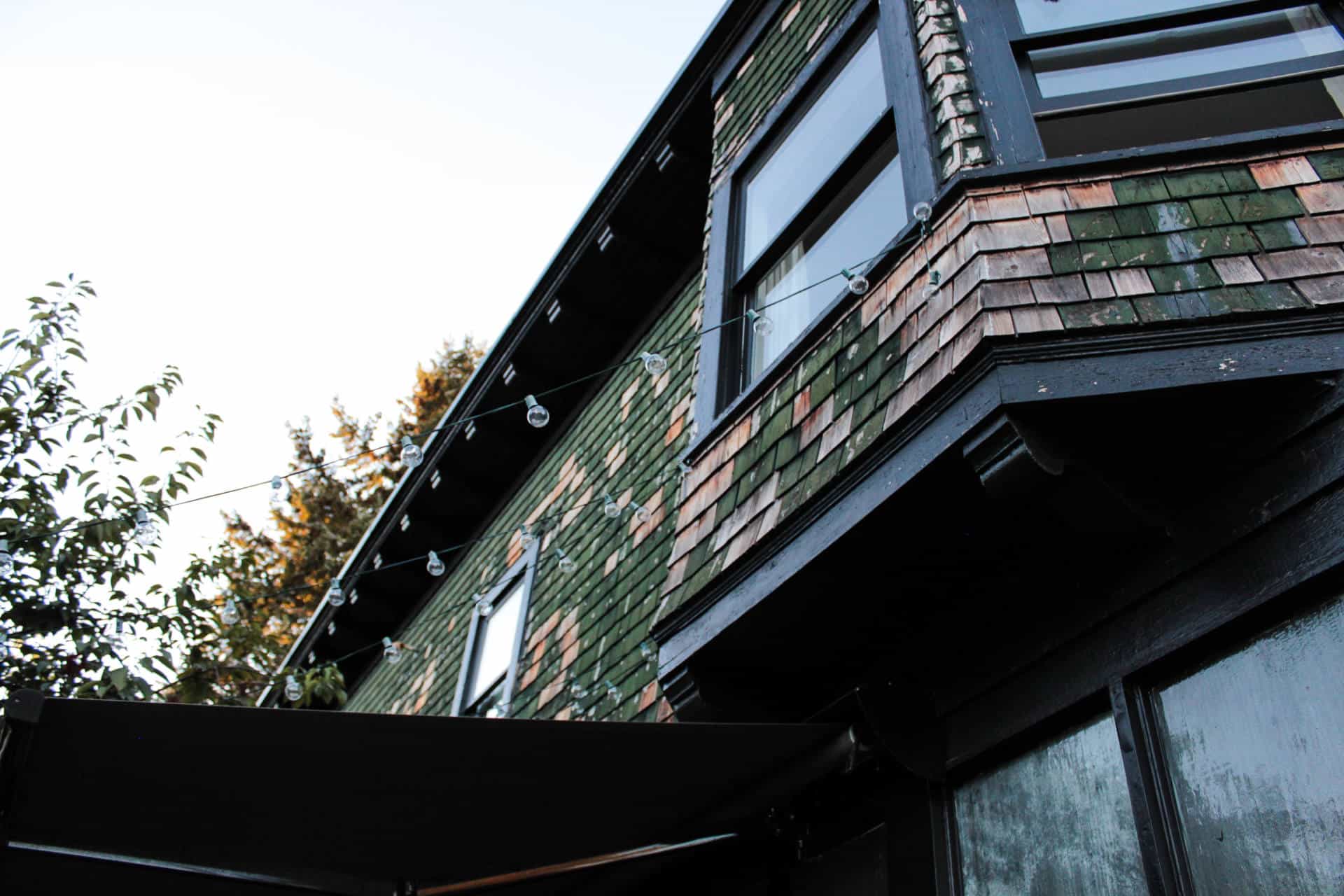 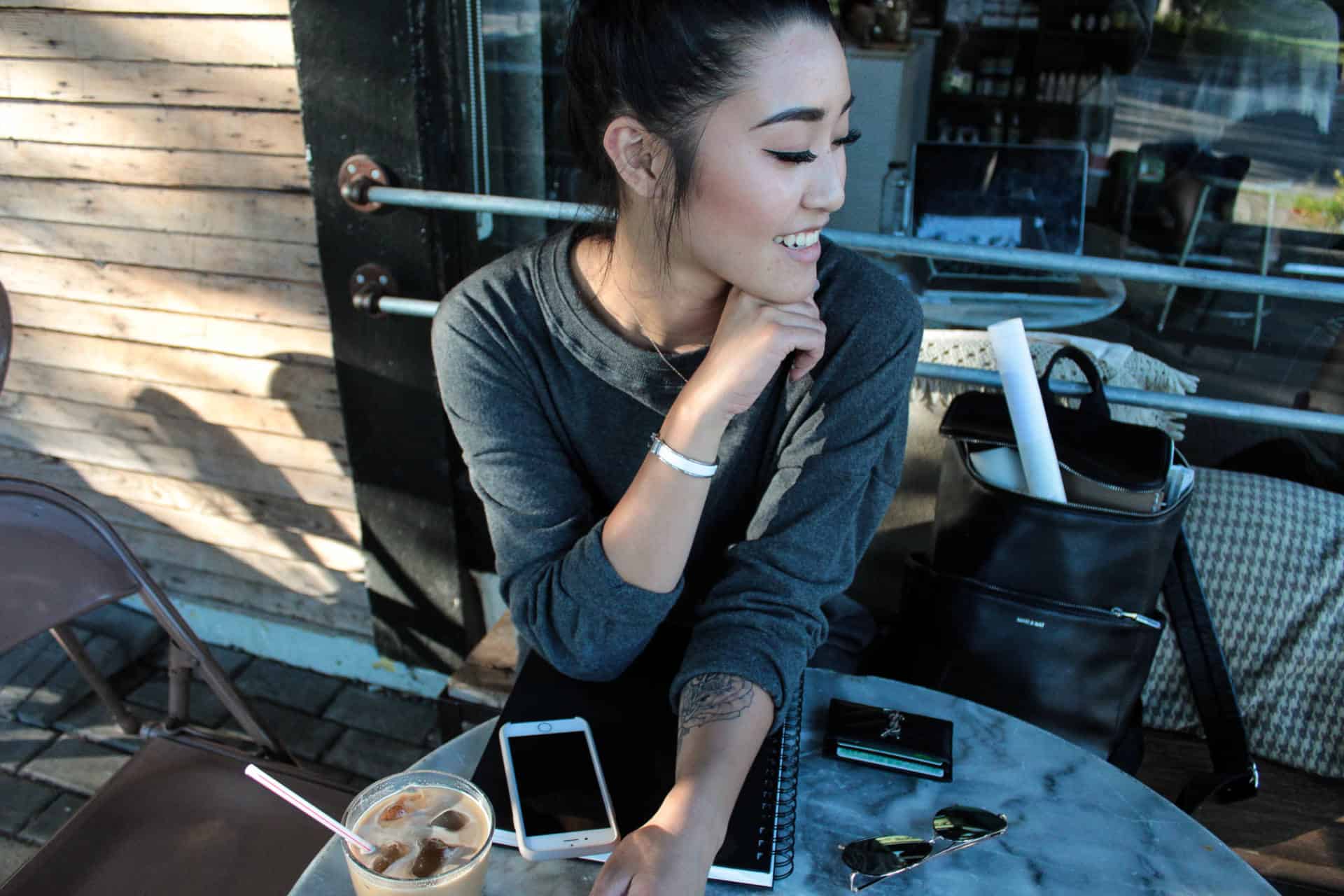 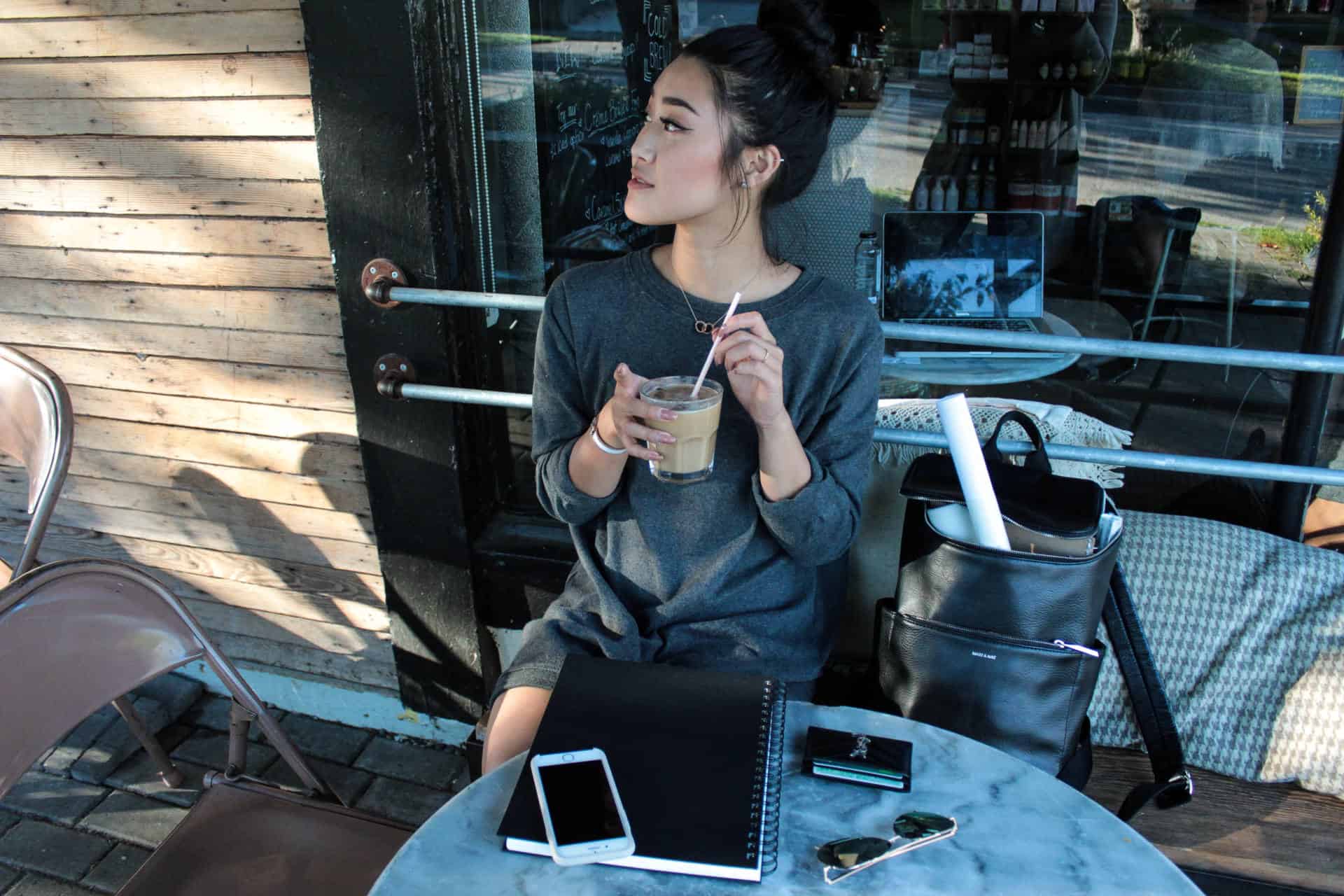 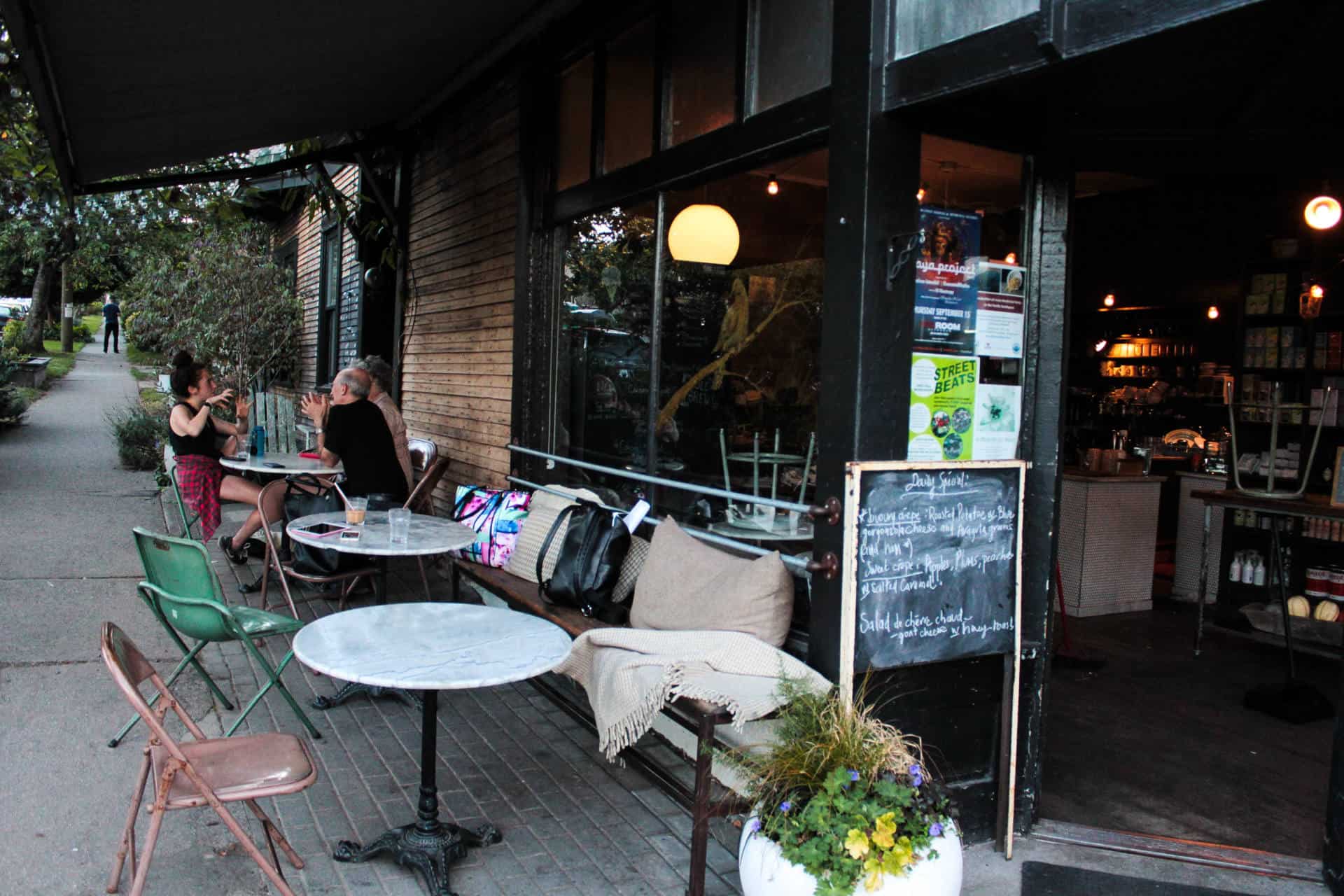 As I’ve mentioned before, Le Marché is one of my favourite cafes that I’ve discovered in Vancouver. It is one of the most unique coffee shops that I’ve been to and is a place that I would recommend to anyone looking to get to know Vancouver.

I feel like Vancouver, as a whole, has been working hard at developing our arts, fashion, and music culture. Yes we’re known for our athletic and adventurous characteristics but I’ve also been seeing that other parts of our urban culture has become more and more prevalent.

Le Marché, to me, is a good representation of our growing urban culture. They almost act as a gathering-place for the many different aspects ‘arts’ that can be found here. Not only is it a coffee shop but it also carries an array of carefully curated goods from our famous Earnest ice cream, to juices, to pastries, to cute little Eiffel Tower shaped pastas.

The family that owns Le Marché also recently opened up a showroom as an extension of Le Marché called Atelier St. George. I’ve yet to visit but from the photos I’ve gathered that I’ll love it just as much as I love the coffee shop.

I’ll leave you guys with the blurb that’s written on theLe Marché St George ‘about us’ page. I think it’s a perfect description of the place:

Le Marché St George is a general store, a café, an occasional event space, and a home. It’s a place where everyone is welcome. It’s real people making real things. It’s  Christmas events where Santa comes to takes photos with families all day to raise funds for the food bank.  It’s spontaneous moments where musicians come to play. It’s the best artisan chocolate and local jams. It’s fancy dinners and some not-so-fancy dinners. It’s famous people who sometimes drop by.  It’s Klee, Melissa, Kim, Marie, Janaki, Lola, Pascal, 3 chickens, 2 cats, 2 bee hives and a fish who live here. It’s an old car that won’t die. It’s phenomenal coffee. It’s Janaki, the potter, making pots outside in the freezing cold. It’s making new friends. It’s a group of artists who love to make beautiful things. It’s watching the neighbourhood kids grow up together. It’s picnics on the living room floor. It’s amazing neighbours who feel comfortable coming over in their pyjamas. It’s love stories that sometimes lead to happily-ever-afters. It’s products chosen with care. It’s where the mothers and fathers come to relax with their kids. It’s a place filled with amazing employees who treat each other like family. It’s a place filled with really beautiful pottery and linens. It’s about raising funds for the children’s playground.  It’s the building inspector who wonders why we didn’t just tear down the building. It’s Pascal who sometimes misses Montreal. It’s children buying their first ice cream. It’s honest people who work long hours. It’s a funky, handsome, all-crooked, old building where all of this is happening…

Check below for their address on google maps! 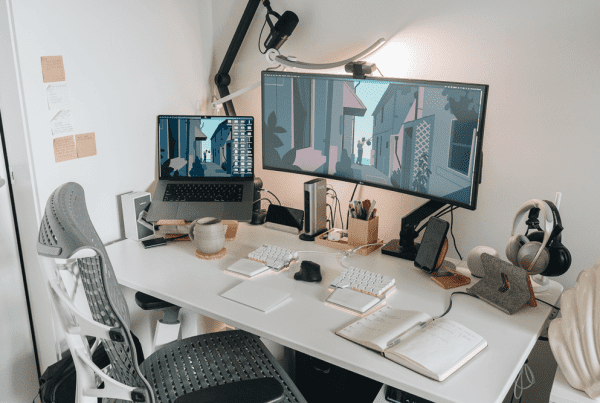 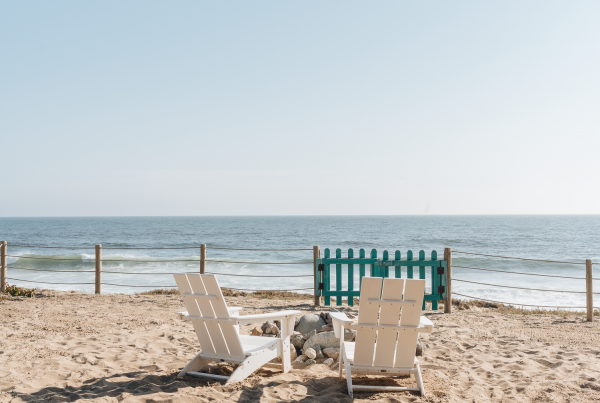 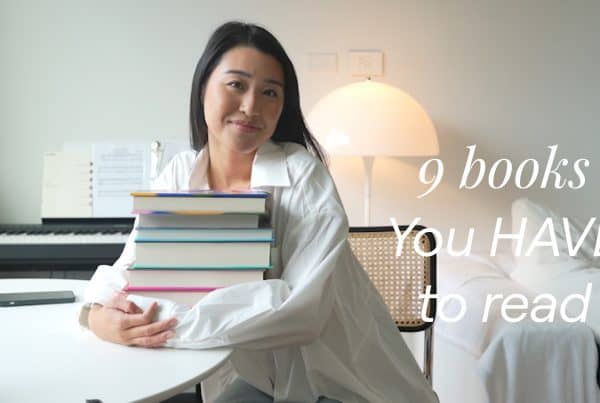 To wake up here every morning 💭😍 @thelodgeon

“If she posts another picture of her walking thr

The most amazing midweek getaway 🌅 stayed at th

This place makes me so happy ☁️☀️🥰 @row